“Love which pardons no beloved from loving-
Took me so strongly with delight in him…
That, as you see, it still abandons me not…” Dante

One of my fourth grade patients told me about his bullying experience. Working on social skills, identifying feelings, how to respond in a situation, he threw a curve ball right in my preconceived notions. He mentioned how a bully was pushing at his back and taking his lunch on the bus. All the typical bully behavior. Name calling, recruiting the crowd, gathering an audience. He talked about how it went on for a while; day after day his lunch taken away. I was awaiting the response of who he reported it to, what were the consequences, how did he get out of being a target to such meanness. He went on to say how he offered and then went on to share his snack with him. Side by side, giving him what was rightfully his and maybe hungry from no lunch.

“It’s hard to hate someone close up” –Brene Brown

The boy who was taking his lunch, making his daily commute less than ideal or pleasant, he made a decision. A loving choice. He turned around and offered his snack. Not for credit or to get a golden ticket. He just did it. The same hands that pushed him, he gave more without asking about what he took and the number of days that he went by lunchless. I wasn’t prepared for the rest of the conclusion. That they went on to became friends. They’ve been to each other’s houses. Sharing moments and smiles. I asked him, what made him respond in such a manner and he said…” when I was in second grade, I went to Catholic School and they taught us about forgiveness.” And this fourth grader was from a completely different background, faith and culture. Wow. He wasn’t even just talking forgiveness. He was talking about turning around and sharing his snack. Grace. Not only pardoning for the lunch stealing, but giving his snack in return and in the end, walking away with a new friend. I didn’t have a sentence starter in my pack of papers for that one. A befriended bully. A snack shared. Lunches forgotten.

“Love knows no fear or vengeance…”
It does not destroy or tear down. Love always builds up. Believes the best. There is no weapon in its grip longing to cut. The warmth of embrace, a tender touch, a heartfelt understanding that heals and binds up.

No insults to be hurled, only grace of none compared. It leaves the demands and no need to justify.

The open acceptance invites the most rivalrous of foes…to come to the table and sit and be known. No finger points or disdain, Love knows every name and calls on compassion to always proclaim…

A louder voice that rises above…
To not look away, beat down or shove…
But loves great promise is to be here and stay.
To be and become in this all knowing way.
Love shows up and pleads another way.
Pointing to hope and to be not afraid.
Love is always with you, every single day.
When you feel push coming in on your back
Remember the lunch and who offered a snack.
As love takes over even the meanest of mean.
A friend can be won and bonds redeemed. 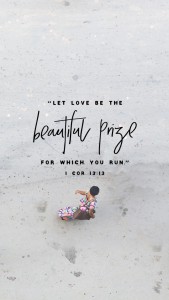 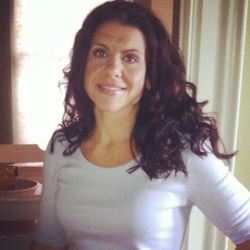 Aloha! My name is Kristina. I love a good adventure, challenge and story especially one with lots of obstacles, twists, turns and of course a good piece of redemption in the end. I am a Speech Language Pathologist, Writer and Jesus Lover and Follower.